Rural Accessibility, Jobs and Growth through Virtual Reality - A case study on how game development transformed the community of Eden

William Sharples is giving the rural town of Eden a new breath of life, new jobs, accessibility to growth and helping fix a problem he has had to live with personally. William is the founder of the Eden Game Development Center. Eden is an old small rural whaling town with lots of beaches and only a few thousand people. 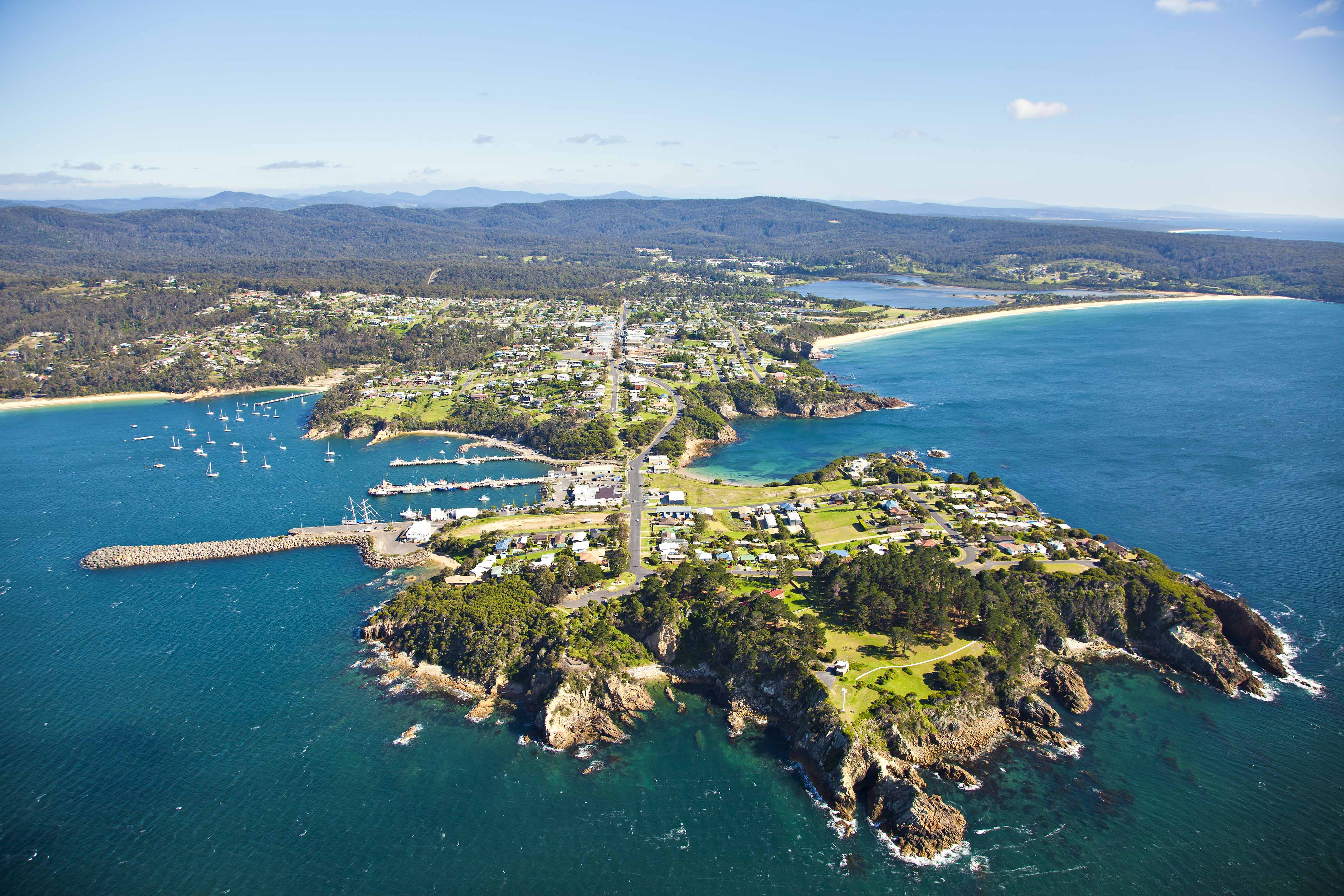 In Eden, and in the wider area, there has been a problem with disengaged and disadvantaged youth. Youth are unable to get meaningful employment, job-ready skills, and as a result are disengaged with the community. It is a well known problem, common of rural Australia, which is why it has been such a focus for the government.

William, like many others in his community, have tried to seek meaningful and enjoyable work, but living in a rural town, his opportunities are limited.

"I could stack shelves at woolworths for minimum wage... it's not something you're going to be passionate about... so why bother"

William loves computer games, much like many others in his demographic. He had a drive to get into game development - he even engaged professional development studios to try and learn the relevant skills. Being out in rural Australia, geographically isolated from existing game development resources, opportunities are support were hard to access. The location made it impossible to become competitive in the job market.

But this is where William saw a fantastic opportunity. 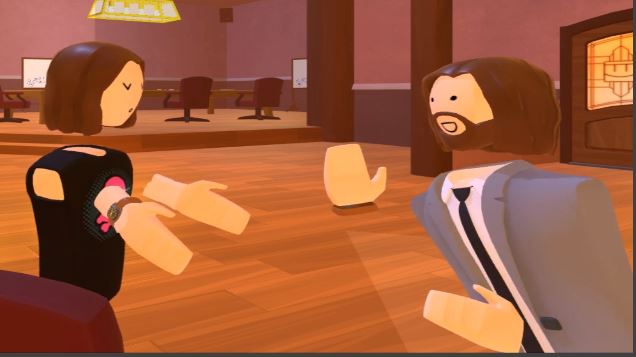 The Virtual Reality industry (a subset of the game industry) is a new and rapidly growing industry, with big players like Facebook, Google, Apple, Microsoft and Alibaba all investing billions into it. The first two companies to receive a $1 billion+ series A investment (early investment stage) have been Virtual Reality companies. This is all testament to the future that investors, organisations and governments see in the future applications of this technology.

Some of the applications include:

Just to name a few.

"When you get to games, it’s... creative, this is skills, this is something that can branch into careers, this is amazing, this is fun, I'm learning"

William saw the economic opportunities he could bring to his home town, by creating a local industry. He has taken something he and many others are passionate about and is creating opportunities for rural Australia in the Games and Virtual Reality Industry.

"Games excite people, and they like creating things". "Bringing that to the rural area [is] bringing a lot of excitement". With disadvantage and disengaged youth being a significant problem in the area, William thought "why not create a Game Development center in Eden".

"I’m solving a problem, because I was part of the problem"

"I help other people do the same, and everyone's enjoying it and getting skills together… All the skills you need to make a game; coding, 3D modelling, art graphics... So you can get a job, a career, the skills, and bringing the community together to engage them.”

William saw a path to a better future for the community, so he decided to build it himself.

"If you change nothing, nothing is going to change…

So I thought I would do a drastic change, do something crazy.”

His risk was was well worth taking. It is building a strong game development community, providing skills training, and people are having fun. It’s "getting everyone learning and excited to learn [by creating] games that they are making". 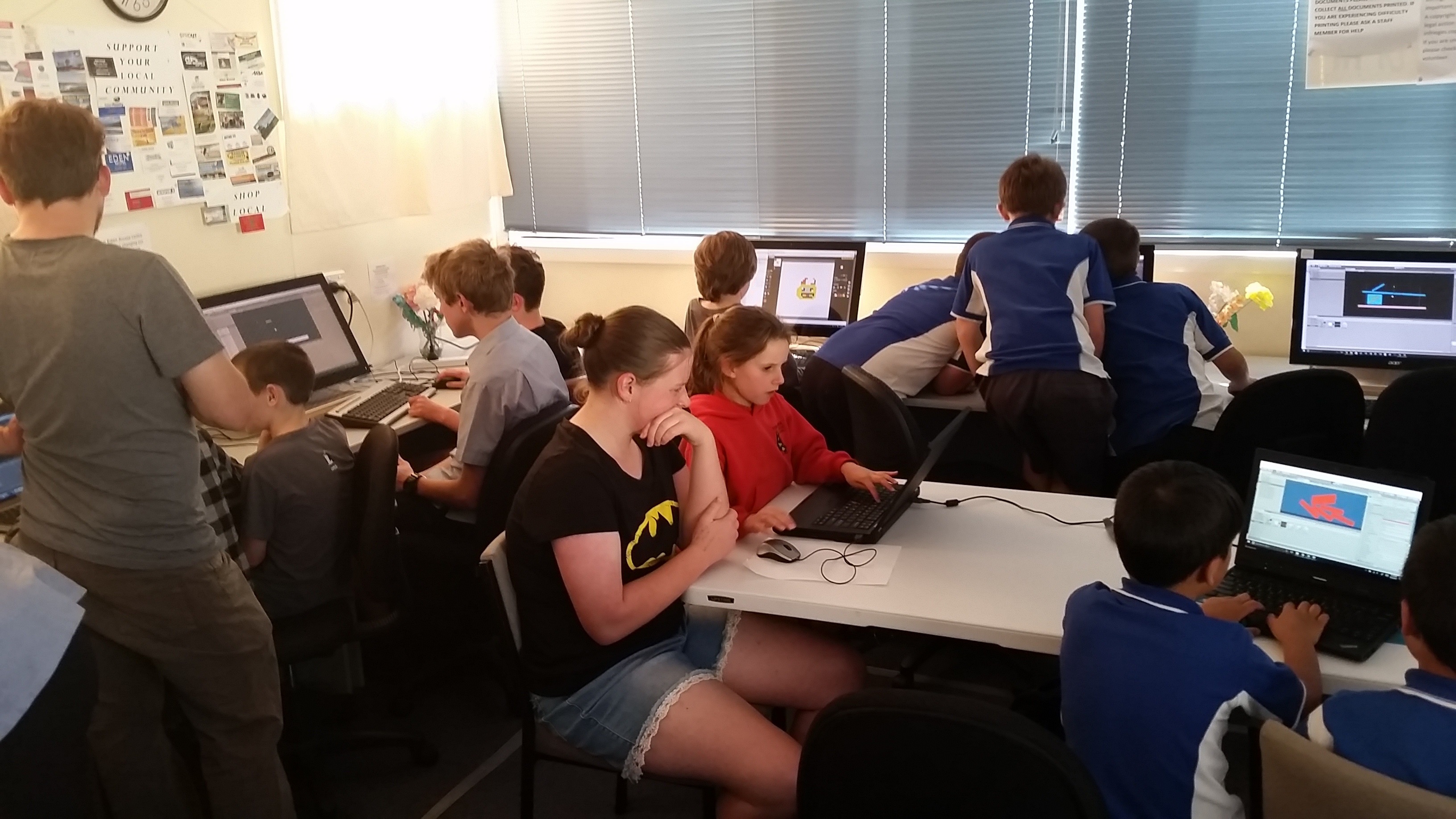 William has broader aspirations for this program. Through the process of making games, locals will get the experience and confidence they need to tackle the world of technology. This will empower them to compete in an international, globalized market. He asserts that "we are here to help you, and we are here to encourage you ... [but] really, they did it themselves".

The creation of a VR development centre in Eden has so far paid off, and the centre been fortunate to receive grant funding from the government. It is one step towards helping solve the national problem of disadvantaged and disengaged youth in rural Australia. His success is proof of the model, and a case study, which should be used to encourage other rural communities in Australia to do the same.

Will attributed some of his early motivation coming from the game development skill sharing events that I ran with Annie Harper over the previous 2 years in his local area.

"You inspired me to show Inclusion possible... If I could show it's possible to other communities, then... it can just spread!"

"When I first met you guys, and everyone with the Hackagongs, and Game Jams... I didn’t even know this could be possible in just a small rural town... It flicked the switch in my head" "Why can’t we? there is no reason not to do it here" 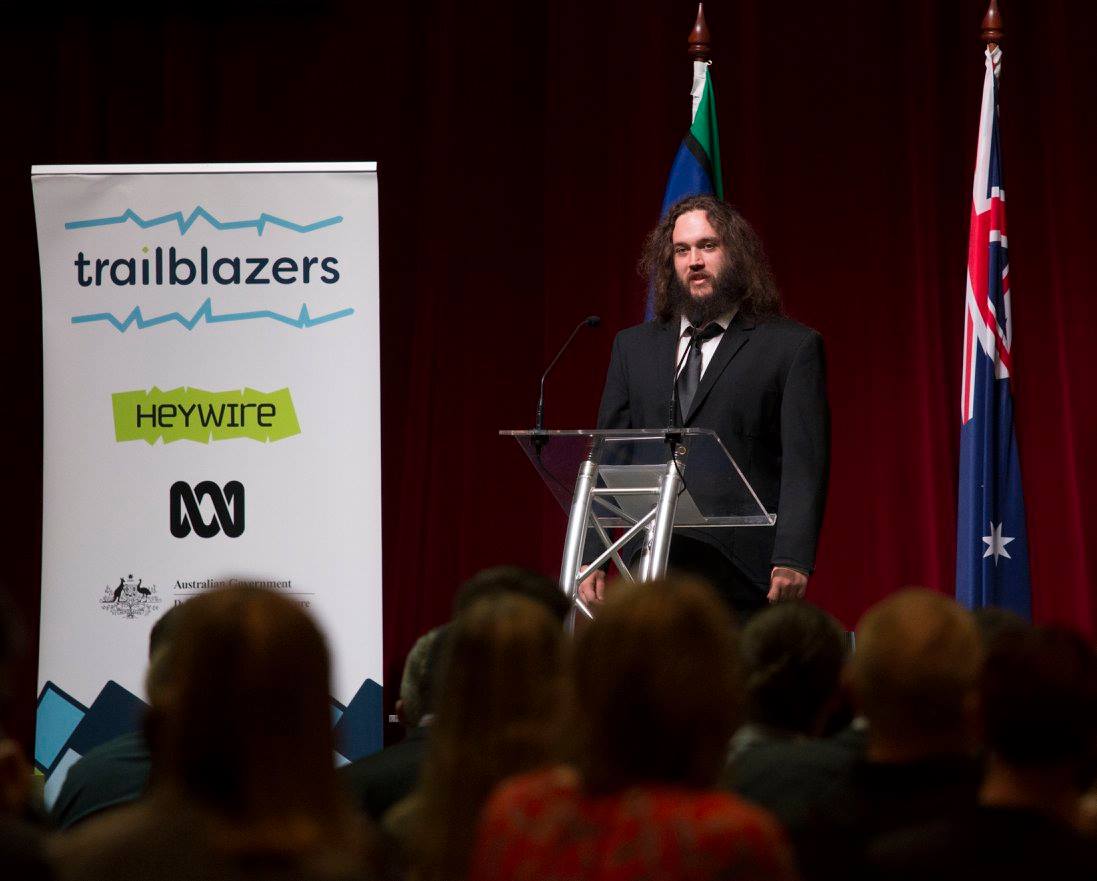 William is taking serious action on spreading his understanding of the importance of emerging technologies like VR, and it's role in the future of the economy. He wants to increase government's focus on game development, and how the industry can be fostered. William also wants to educate politicians and the public about the potential benefits to the economy, and how these skills are critical for being competitive in an international market.

He recently presented to 500 people, with a mix of politicians, press and people in powerful positions of influence. One thing that he wants to change is the incorrect stigma, and misperception that "it’s just games for kids". William understands that "emerging technologies are well worth putting the effort in" and is determined to make a difference. "whatever little bit I have the power to change, I can". 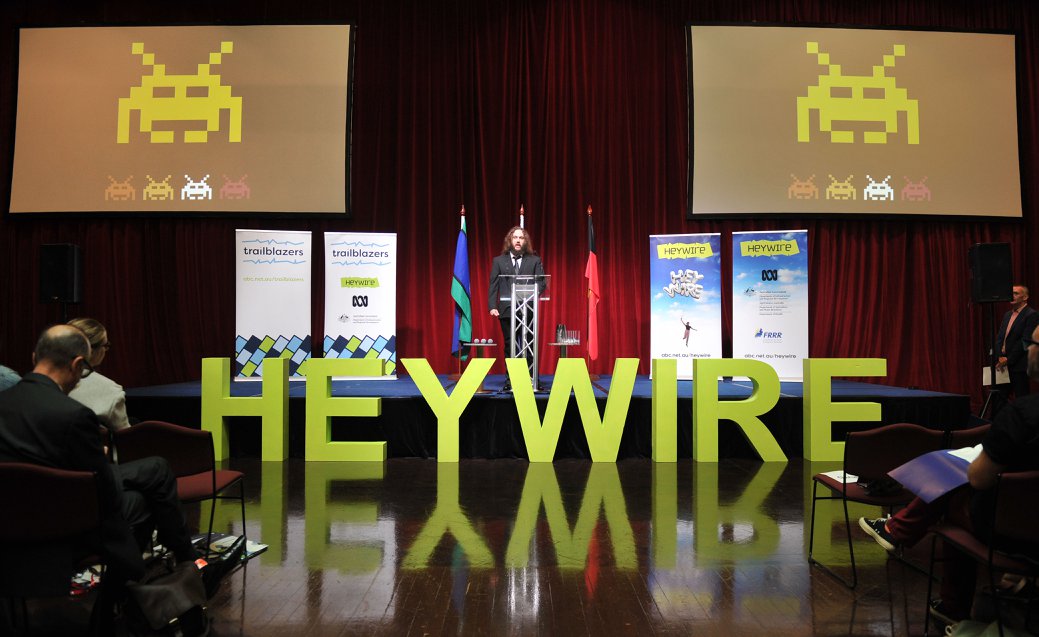 William has also been invited to Western Australia to talk about video game development in the state. Much like Eden, they have a problem with high levels of unemployment, suicide, and disengaged youth. The goal is to continue to spread his story and successful case study for rural Australia, to help inspire others to replicate the model in their own areas.

This is the right time for governments to capitalize on supporting programs like this to really kick-start creating rural growth and accessibility to jobs.

We’d love to see this happen, and really make a difference with improving accessibility.

William is showing the rest of Australia how anyone can use this technology. It has been truly awesome being on this journey with William, and I look forward to seeing him lead the community in the Bega Valley. Also, it shows just how it can provide rural Australia with accessibility to skills, jobs and growth, and importantly improve youth engagement, and opportunities.

Eden Game Development Centre is a project that deserves all the support it can get, if you can help this project grow and spread contact edengamedevelopmentcentre@gmail.com

And a shout out to the IntoIT Sapphire Coast group down in that region from whom much of the tech and startup energy has originated, and bringing the Equal Reality team in to get involved. Including Liam O'Duibhir, Isaac Lynnah, Chris Bateman, Carsten Eckelmann and more. Without whom, this would not have happened. In keeping with their fine tradition of breaking new ground...they will hold the Bega Valley's first ever AgTech event on March 28th and 29th - for more info check out begaagtech.com.au.